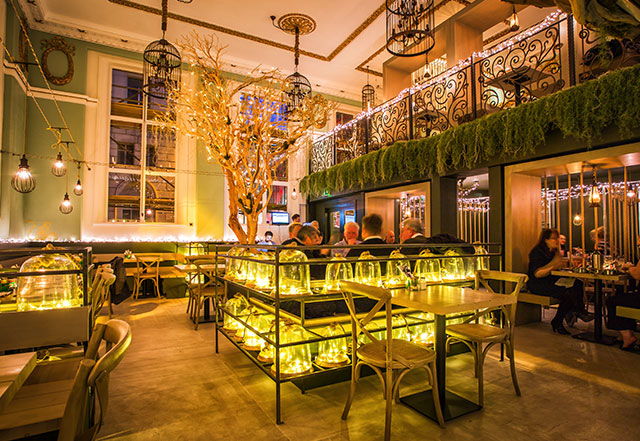 The new restaurant will open in Miller Arcade and has caused a massive buzz of excitement on social media. Mowgli looks set to open on Monday 11th July.

Former barrister Nisha Katona, who practiced law in Preston, is bringing her Mowgli Street Food empire to the city. The soon-to-be-open Mowgli Street Food has started taking bookings with doors to be flung open in a month’s time.

Mowgli will be taking the unit formerly occupied by French Connection in the Miller Arcade, with food lovers in the Preston Foodie Hub Facebook group eagerly awaiting its arrival in Preston.

Mowgli is the brainchild of former Preston barrister Nisha Katona, who swapped the legal corridors of Preston Crown Court for her restaurant empire back in 2014.

Originally from Ormskir, Katona already has restaurants in Manchester and Liverpool with the Preston branch due to open earlier this year. The delay was caused by the mothballed expansion plans of St George’s Shopping Centre.

Opening hours at Mowgli will be midday to 10pm, Monday to Saturday, and midday to 9.30pm on Sundays. For bookings at Mowgli, click here.